Well, so much had happened since I last posted.

As I mentioned in my last post, after the walls and roof were craned into place they were fixed to the building and all the panels were joined to ensure robust air tightness. After that the team craned in a single storey extension which would be my new utility room – it will be so nice to have a dry, warm room in replacement of the freezing, very damp outbuilding that was their previously. It will make such a difference as a usable space. The Beattie Passive team built these units completely off site at their factory in Norfolk, so it all came in one big piece – it was quite impressive watching it being positioned into place.

Next, they started the job of retiling the roof. They also fitted a rain screen to the houses to protect them. This was attached by fixing battens to the wall and then the screen was attached.

The build team then tided and made good the outside of the houses, it’s almost like our old houses were never here, and I now have a lovely new home.

After the walls and everything was done, a team came in to do an air tightness test and air quality test. Both of the tests came back with excellent results that I am thrilled with. I am happy to bring my daughter up in a home like this.

To top it all off my energy bills are so much cheaper now I can afford to do things I was unable to do before. 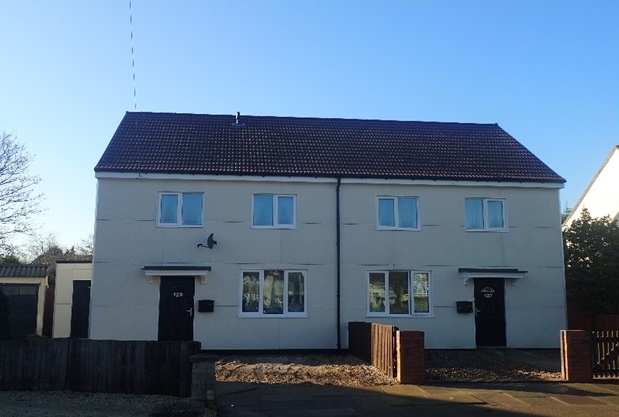 Thank you so much Beattie Passive! I love my new home.

Full design flexibility – from Self Build to Social Housing

The Beattie Passive system has no limitations, whatever the build project’s size, style, shape and finish you want to achieve. We take your architect’s plans and provide a design technology that simplifies the delivery of Passivhaus, with significant cost, time, health and environmental benefits for all.
%d bloggers like this: